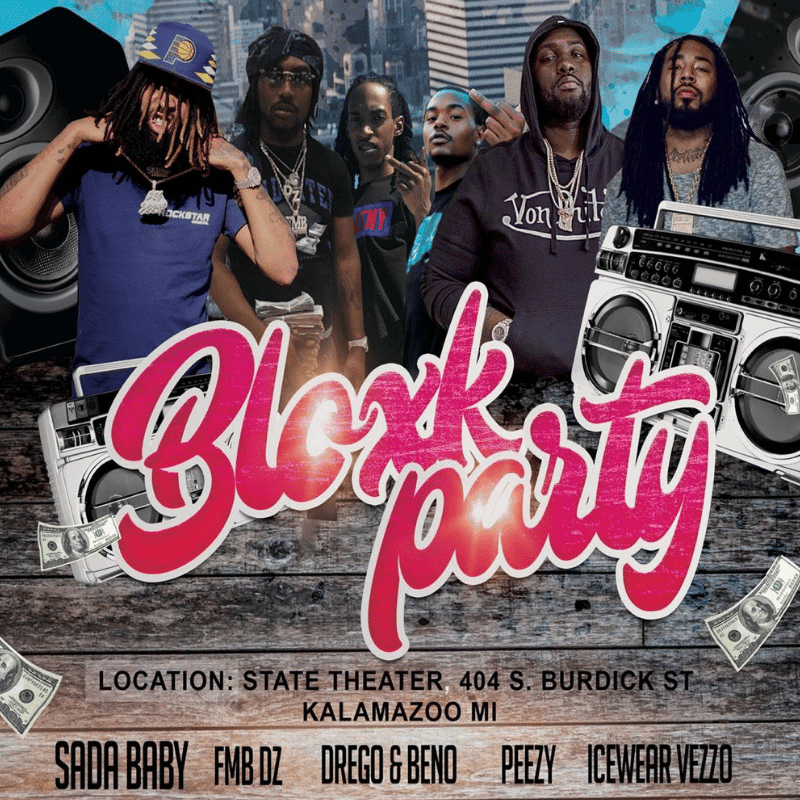 Sada Baby (also known as Skuba Steve) arrived on the Detroit rap scene in his early twenties and in 2016 he had a prominent feature on fellow Detroit rapper Danny Mellz’ track, “Megaman X.” Sada’s own tracks followed shortly, including a series of singles and ultimately 2017’s ‘Skuba Sada’ mixtape which included contributions from Oba Rowland, Motown Ty, Jon Boi, and others. Later that same year he returned with the eclectic mixtape, ‘D. O. N,’ with songs that cycled through various styles.

Coming on with a staccato delivery like 2 Chainz, but with material that is much more hardcore, Detroit MC, IceWear Vezzo, has been solo on the rap scene since 2012. In 2012, Vezzo dropped his debut mixtape ‘The Clarity,’ which put him on the map. In 2013, ‘Clarity 2: Can’t Stop The count,” featured his breakout single “Money Phone.” Now, after a brief prison stint, the Drank God is back.

Peezy is part of the Motor City’s Team Eastside rap collective. Peezy began making waves in 2015 with the release of his third album, Mud Sweat & Tears. He kicked off 2018 with the single “Make It Through” featuring Blayne B.

FMB DZ first gained major attention in 2017 with the release of his first mixtape ‘I Ain’t Gonna Lie.’ The project was well-received globally. The follow-up mixtape, ‘Washington DZ,’ was completed in the summer of 2017. In December of 2017 he issued a third mixtape, The Gift.

General Ticket Information:
All seating is reserved. This event is recommended for a mature audience ages 16+. There is an 8 ticket limit.

VIP purchasers will receive an email 1-2 days prior to the event with all details.