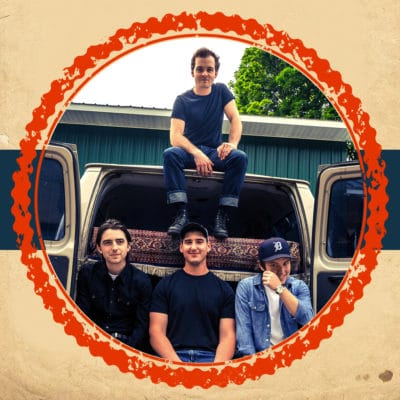 They’re back!  And this time they are taking the stage at the Kalamazoo State Theatre!

We are excited to announce a special Livestream concert featuring the Michigan Rattlers! Join the Michigan natives for a special LIVE performance and Q&A direct from the Kalamazoo State Theatre stage to your home Thursday, 8/27/20 at 7:30pm!

Rolling Stone named the band one of their “Ten New Country Artists You Need To Know.” In 2018, following a massive summer tour that included stops at Bonnaroo, Firefly and Electric Forest; the band released their highly anticipated debut full length album, Evergreen. The Michigan Rattlers are gearing up to release their second full-length album this year.

Catch this special performance by the Michigan Rattlers LIVE from the stage of the historic Kalamazoo State Theatre.  Click HERE for information on ticket packages.