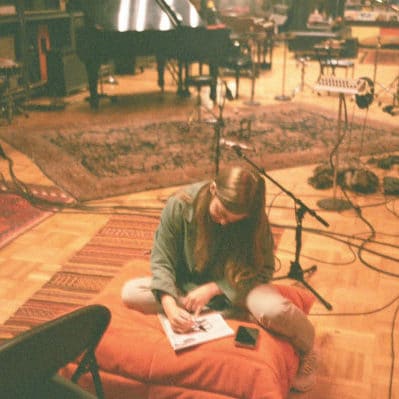 On February 13th, Jade Bird returns to historic RCA Studios in Nashville where she recorded her up-coming second album with multi-Grammy award winning producer Dave Cobb, for a one-off special live performance. This will be the first chance for fans to hear new material from the album, including her brand new single “Headstart”.

A London-based singer/songwriter with a powerful voice, Jade Bird offers a winsome mix of folk, pop, and rustic Americana. While still in her teens she joined the roster of influential indie Glassnote Records, eventually charting with the “Lottery” and “Uh-Huh,” in advance of her 2019 debut album.

Drawn to songwriting at a young age, Bird spent her teenage years gigging around England, moving to London when she was only 16 to hone her stagecraft and immerse herself in the city’s folk circuit. The success of a live YouTube performance of her song “Madeline” eventually won Bird a deal with Glassnote, which released her debut EP, Something American, in 2017. She spent part of that year touring the U.S. with Americana singer Brett Cobb. The bright, hooky single “Lottery” arrived in January 2018, and topped Billboard’s Triple A chart. Subsequent singles “Uh Huh” and “I Get No Joy” fared similarly well and were later included on Bird’s eponymous full-length debut in April 2019. After joining Cobb on his song “Feet Off the Ground,” she returned in 2020 with a pair of singles, “Head Start” and “Houdini.”

The archived stream will be available to watch on-demand for up to 48 hours. Should you have any questions regarding this livestream, please contact support@seated.com directly.