A Jars of Clay Family Christmas 2020 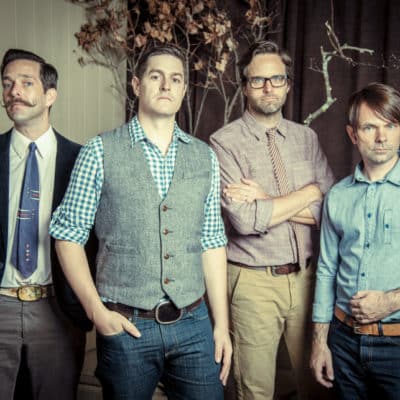 Join us for a special virtual presentation of Jars of Clay’s annual Holiday kick off party traditionally brought to you from Franklin, TN. Featuring surprise special guests, be-spoke performances, and unique meet and greet opportunities and a LIVE ENCORE!

Jars of Clay were the breakout band of the so-called alternative CCM movement of the ’90s, scoring an enormous mainstream hit with the debut single “Flood” and enjoying platinum sales. The group’s lyrics may have been exclusively Christian, but their acoustic-oriented music fit perfectly into the folky jangle pop wing of alternative rock radio, at the time a rarity on the contemporary Christian music scene. Such success set the stage for breakthroughs by Christian bands like dc Talk and Sixpence None the Richer, and it’s difficult to imagine the later popularity of heavier, Christian-themed hard rockers like Creed and P.O.D. without Jars of Clay’s fusion of spiritual themes and mainstream alternative rock sounds.

Everyone who purchases by November 19 will be entered into a raffle to receive a SIGNED TEST PRESSING of INLAND or JARS20 (LESS THAN 15 IN EXISTENCE)! *3 winners chosen